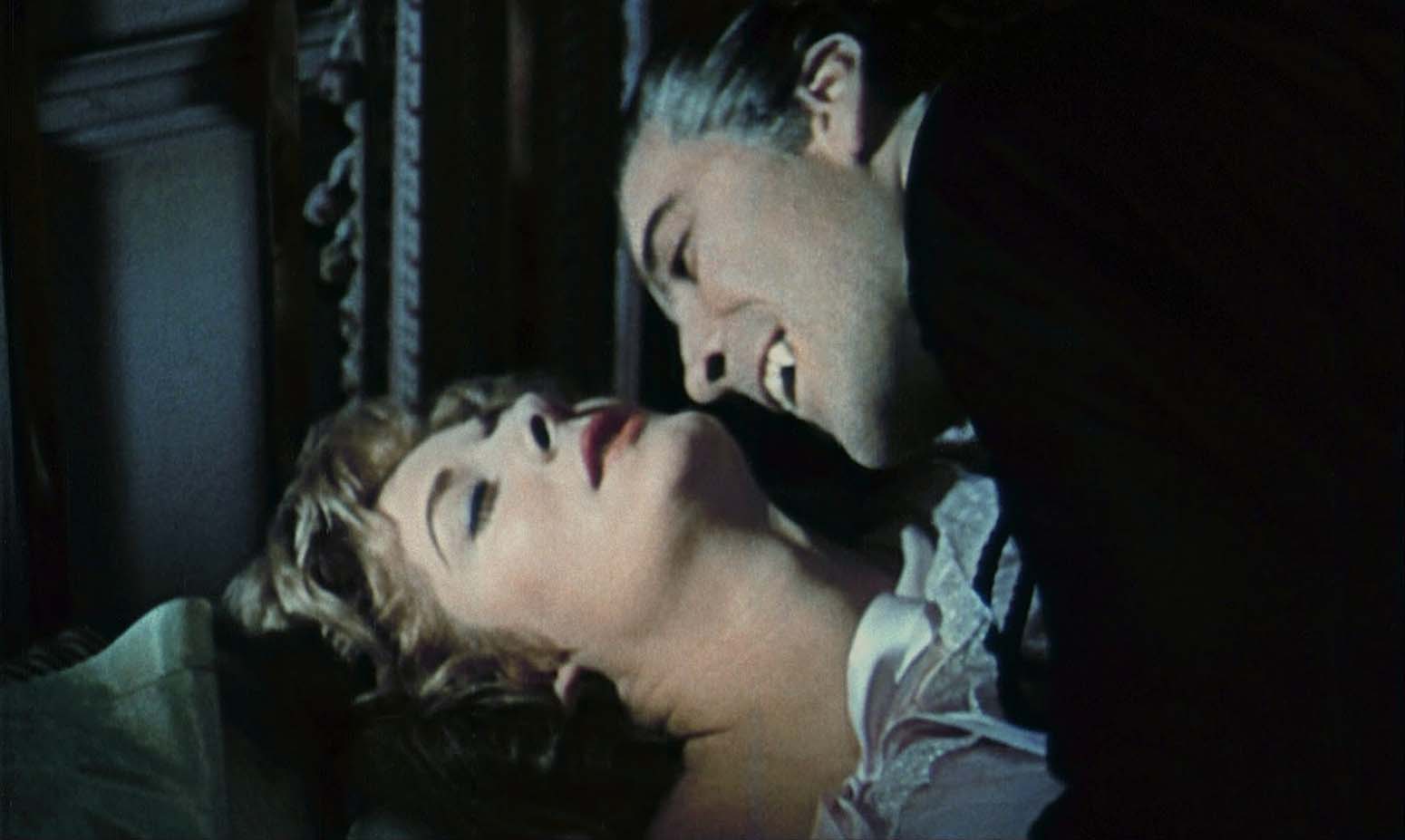 Terence Fisher and Hammer Films introduced the world to its first truly modern vampire with Horror of Dracula (1958). Known in its native UK as simply Dracula, it was a technicolor explosion of blood, sex, and fury the likes of which the world had not yet seen. It was shocking to me because I was still fairly young when I saw it the first time and, like audiences when it was released, I had only ever seen the black and white Universal monster movies and associated sequels. Bela Lugosi was the gold standard. Vampires were supposed to hold their capes up over their faces, slowly stalk their prey, and hypnotize you with their eyes. Christopher Lee demolished that. His Dracula was swift, powerful, fierce, and his victims exhibited an eagerness that required no hypnotism. Hammer Films not only tapped into our bloodlust, but our lust, period. The eroticism was ramped up, as was the gore (both tame now, by today’s standards), and Dracula expanded his domain from the drawing room to the bedroom. Take these amplified elements and add them to Jimmy Sangster’s streamlined, action-oriented screenplay and you have the template that took vampire stories from the nineteenth century into the twentieth. This film hit me like a ton of bricks as a youngster and it still retains its power to thrill, even in our desensitized age.

What you’ll find in this episode: classic horror theme karaoke, the sexual power dynamics of vampires, a brief history of Hammer Films, and how (not) to pass the time when you live for centuries.