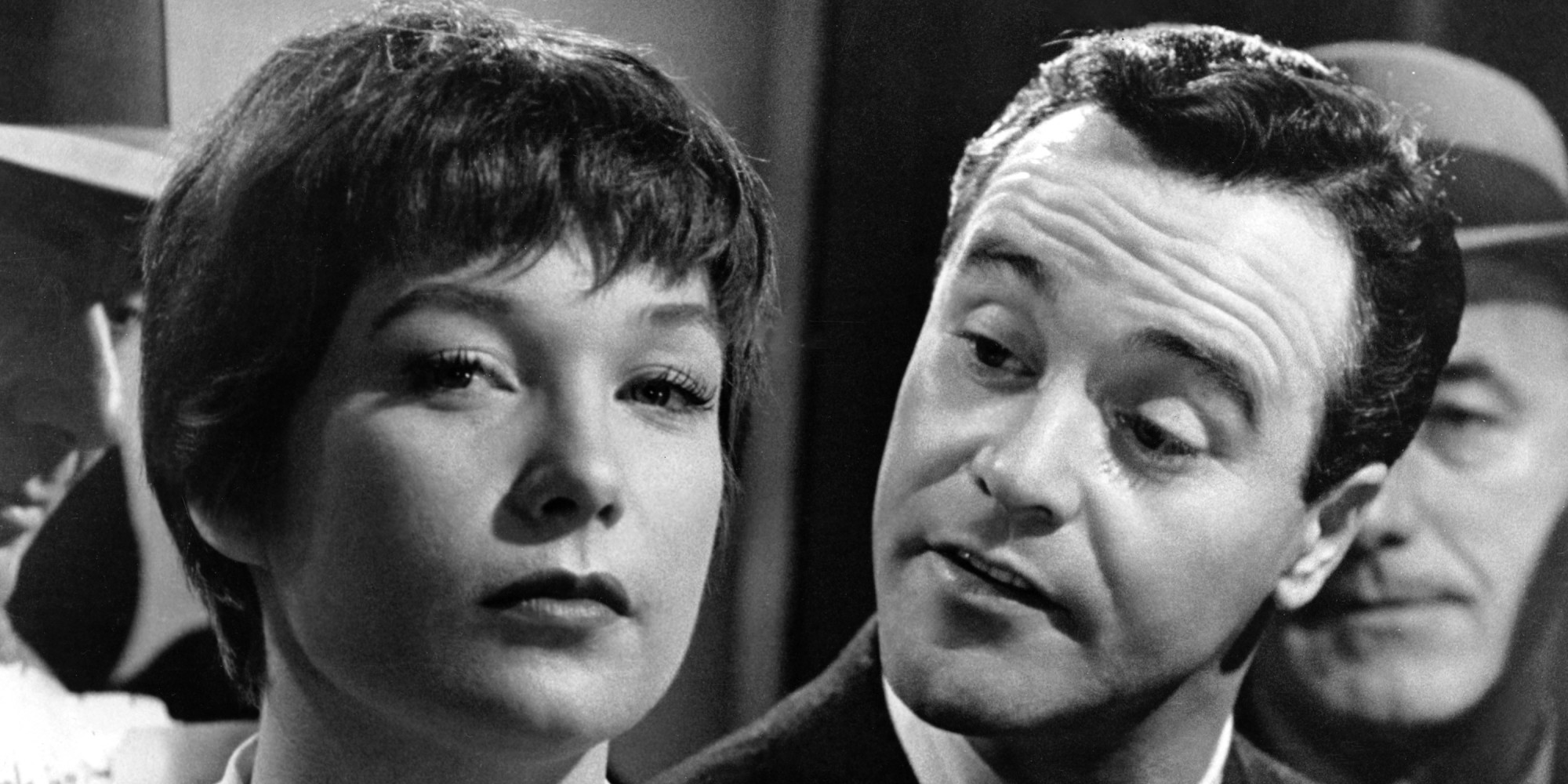 Like so many of my favorite Billy Wilder films, The Apartment (1960) begins with a voiceover. Our very own buddy boy C.C. Baxter puts us firmly in the world of making a living, of rising up in the world, or being ground beneath its boot heel. He begins to show us all the ways you can be ground into dust, and those who will gladly do the grinding.

It is in this world that we begin to know our characters, to really take the time to understand them, both from what they tell us and what they show us. Once we come to the devastating suicide attempt by Fran Kubelik, genuine pathos has developed in spite of the biting satire and deft wordplay. As much a Jack Lemmon fan as I am, it’s Shirley MacLaine’s eyes and face that tell the story of a woman without a laugh left in her, and that’s what keeps me coming back to this story. Like my other favorite Wilder films, women are the most appealing characters. They are both great and terrible, human and farcical, and always three dimensional. They often have their eyes grimly set on the prize, without regard for the toll it will take on them or anyone else to reach it.

I think Billy Wilder was above all other things a writer. You cannot concoct a name like Consolidated Life to describe the behemoth to which our characters have become slaves (wage or love) without exalting the primacy of the written word. I think he would agree with me as well. We know that he visualized his stories in terms of specific actors, believing that no matter how talented, they all had their limitations. And so he would bend the script to fit the personality, and then coax career-making performances out of so many.

I often talk about films that make me feel something, and that this film can strike the balance between hilarious satire and deep melancholy and sadness is a testament to its enduring greatness. I know it is not the most cheerful way to ring in the new year, so just shut up and deal.

What you’ll find in this episode: how geography generates specific kinds of stories, a discussion of Billy Wilder as director versus writer, and what it might say about you if you love Glengarry Glen Ross.

One thought on “Episode 066 – The Apartment”