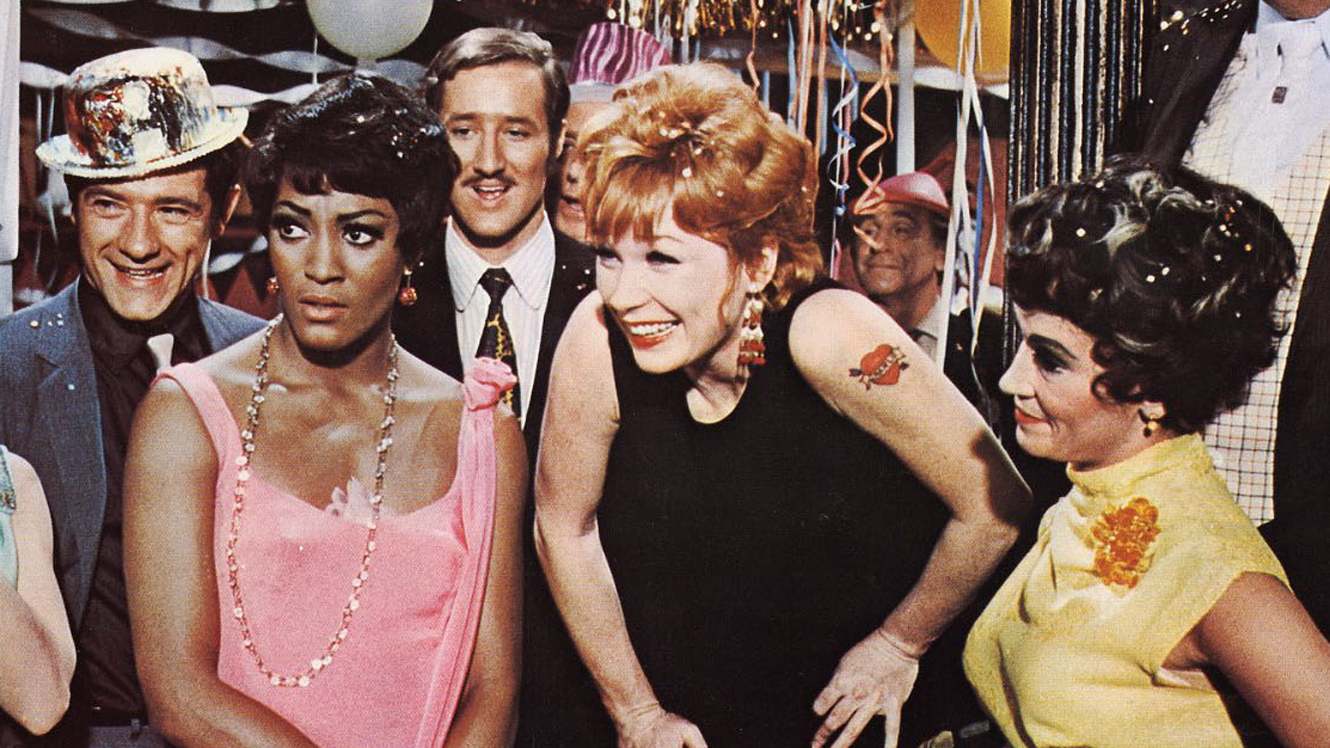 What happens when you take a preternatural talent and give him a gigantic crew, cast, resources, many stages, and let him loose to reimagine a work he created with his muse, another preternatural talent? In the case of Sweet Charity (1969), you get a young but experienced dynamo, Bob Fosse, taking his stage production out of the proscenium and into the streets. You get a production danced and sung and lived by another dynamo, Shirley MacLaine, who may not have created the character (that was Gwen Verdon, who took Shirley through her paces as an uncredited assistant choreographer, and who modeled her character on Shirley) but who seems to embody her essence. You get a company that includes Chita Rivera and Paula Kelly, who each put their stamp on the choreography and the world they build. You throw in a couple of gentlemen you may have heard of, Ben Vereen and Sammy Davis, Jr., and you get a musical for the ages.

I’m not alone in this assessment, but I’m also not in the majority. Shirley is not the greatest musical theatre actress and performer of all time, maybe she’s too much of a character actor above all. Bob Fosse agreed that he pulled out every cinematic trick in the book because it was his first time in the director’s chair; and the musical itself, its book, music, and lyrics may have both existed in and out of its time. I had the benefit of watching this not in the time it was created, and also outside of the strict chronology of Fosse’s work, so I came in with no expectations. It was just a wonderful filmgoing experience, one that opened my eyes to what a musical could be.

As always, I hope you watch and decide for yourself!

What you’ll find in this episode: discussion of the source material, why Sammy Davis, Jr. is the coolest, and how context matters or doesn’t.

Links and Recommendations:
Check out Sweet Charity on IMDB.
Ericca’s further viewing pick of La Danse: The Paris Opera Ballet.
Cole’s further viewing pick of The Nights of Cabiria.
Shirley MacLaine doing Sondheim.
In case there was ever any doubt that Liza is also a performer for the ages.
The luminous Gwen Verdon, two ways: flying with Debbie Allen and with Chita for Chicago.

One thought on “Episode 068 – Sweet Charity”