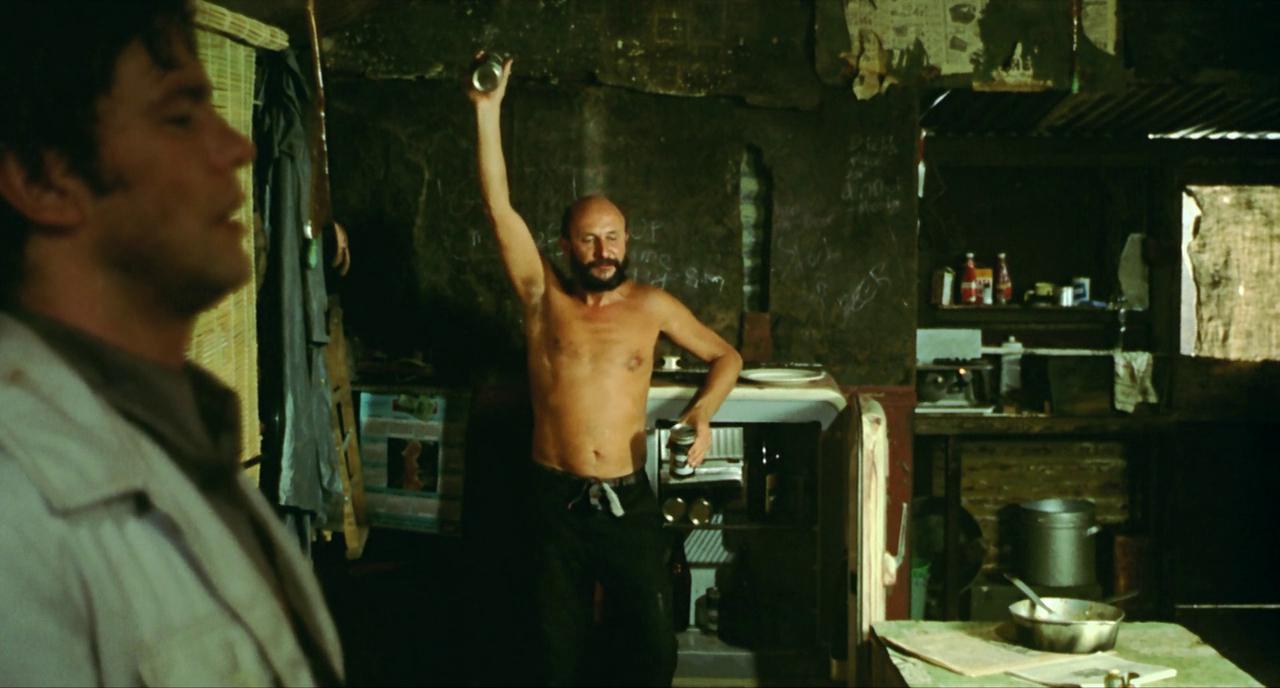 Every time I watch Wake in Fright (Kotcheff, 1971), I just want it to be over. Then I want to watch it again. It is just as terrifying each time, and I am just as much a prisoner to its landscape as John, played here by Gary Bond. I know that I will always be repelled and intrigued by Doc, because of Donald Pleasence’s magnetic performance. I will wish to cover my eyes during the interminable kangaroo hunt scenes. I will taste that same dust again, be drenched in sweat, and shake with muted rage and fear at the aggression demonstrated through “mateship” and insistent hospitality.

Kenneth Cook, the author of the novel upon which the film is based, derived his title from an old curse: “May you dream of the devil and wake in fright.” In this film, there is absolutely no need to dream, and certainly no respite in it. The devils walk among us, and as the director shows us, once you scrape away the veneer, the devil inside us all is revealed. It is simply of matter of how much you need to be pushed to finally release that brutality. For John, it takes the most nightmarish of all lost weekends to show the insincerity of his own moral and intellectual structure. Can you blame him in this hellscape? After all, he is new to the Yabba.

What you’ll find in this episode: American analogues for this film, if we agree with Nick Cave and consider it a horror film, and whether Chips Rafferty actually drank all those pints.