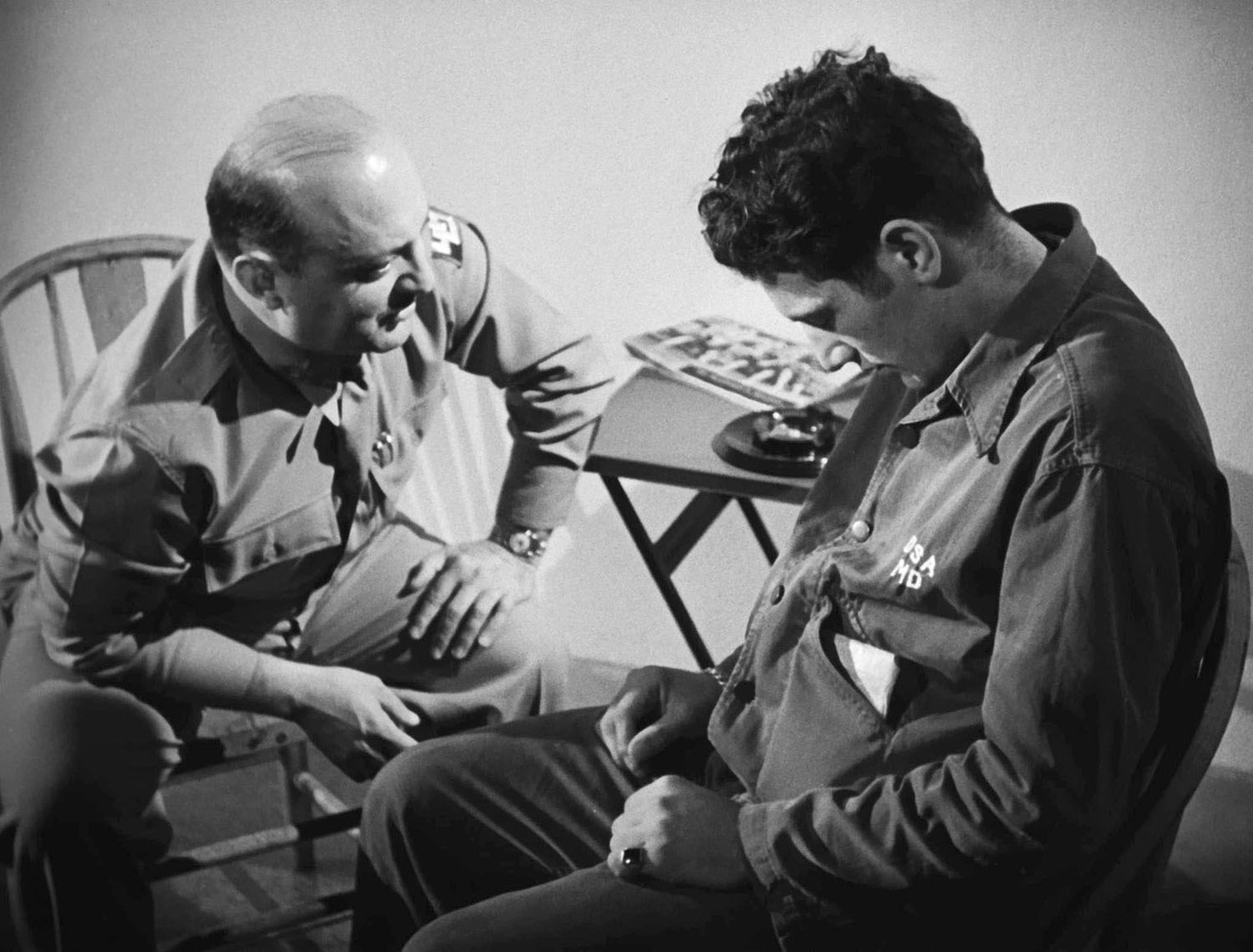 John Huston’s Let There Be Light (1946) was the final installment in a trilogy of wartime documentaries produced for the U.S. Army. He set about following a group of soldiers who had experienced severe battle fatigue and were undergoing treatment in a military psychiatric facility for a wide array of symptoms. Huston’s intent for the film was to show that these “returning psychoneurotics” could be helped by psychiatric treatment; and he intended for the film to be shown to prospective employers in order to educate and reassure that these men were employable and sane. Unfortunately, the film was never seen by contemporary audiences, as it was banned by the same Army who had commissioned it. We have watched these soldiers enter as “human salvage” and struggle to recover and become whole again, and I hope these men ultimately received the fair shake in civilian life they desired.

I invite you to explore the film John Huston considered “the most hopeful and optimistic and even joyous thing I ever had a hand in.”

What you’ll find in this episode: a brief exploration of psychiatry and war, staging the truth versus intellectual dishonesty, and how Pelé got me excited about documentaries.