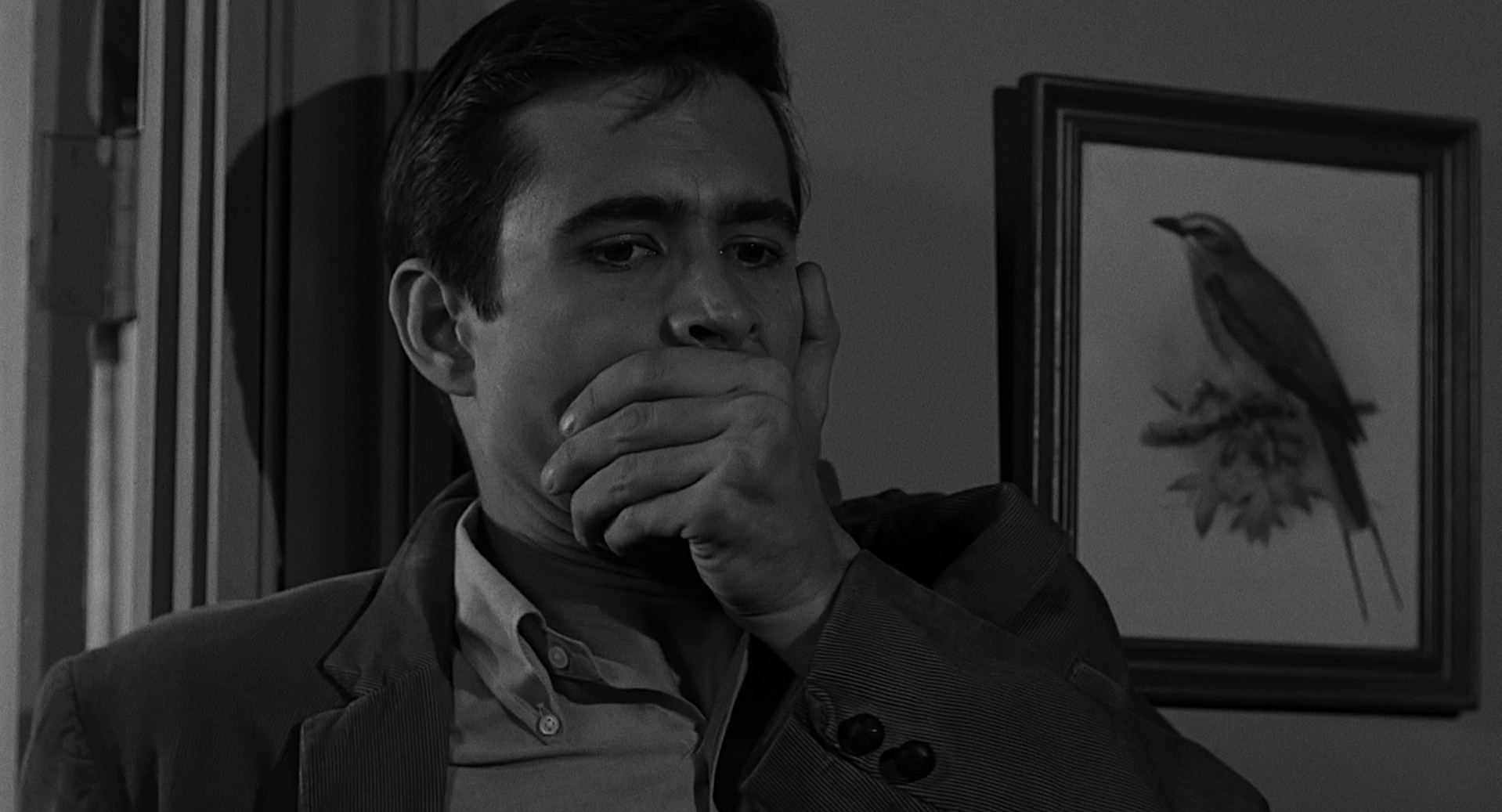 You may think you know all there is to know about Alfred Hitchcock’s Psycho (1960). Watch it again. Right now.

Joseph Stefano (from Robert Bloch’s novel) adapted a corker of a suspense tale centered around a deeply troubling, even Gothic, family history, and a false protagonist set to remedy a very big mistake. Alfred Hitchcock played on our voyeuristic tendencies and our dark desires, and forged something enduring and kinetic, without letting stodginess take over.

The Alfred Hitchcock Presents TV crew and the use of multiple cameras created an eye that floats, flits, hovers, caresses, pinpoints and finally eviscerates our preconceived notions. Most certainly the stellar performance of Anthony Perkins at center as Norman and Mother made an icon of both characters. With a genuine but shy smile and an open and inviting nature, Norman Bates is the last person we would suspect of being a killer at heart. Even though the score of Bernard Herrmann has also become iconic, it still sounds fresh and frightening with each viewing. Every choice made in this film, whether production or performance, feels at once startling and alive. Watch it again. Right now.

What you’ll find in this episode: Ericca’s trash talk about Pat Hitchcock and Cole’s about Dennis Franz, the film’s reaction to and rejection of societal norms, the correct pronunciation of Ar-bo-gast, and why Psycho remains so watchable.

Links and Recommendations:
Check out Psycho on IMDB.
Ericca’s further viewing pick of Deep End.
Cole’s further viewing pick of Glen or Glenda.
Details on the 1960 Academy Awards; note that The Virgin Spring won best foreign language film that year!
Tony Perkins’ hit song Moonlight Swim.
Several fascinating diversions on a brief history of mental illness and care, one patient’s journey through institutions in the 1960s, and how the shift to letting patients out of institutions came about.