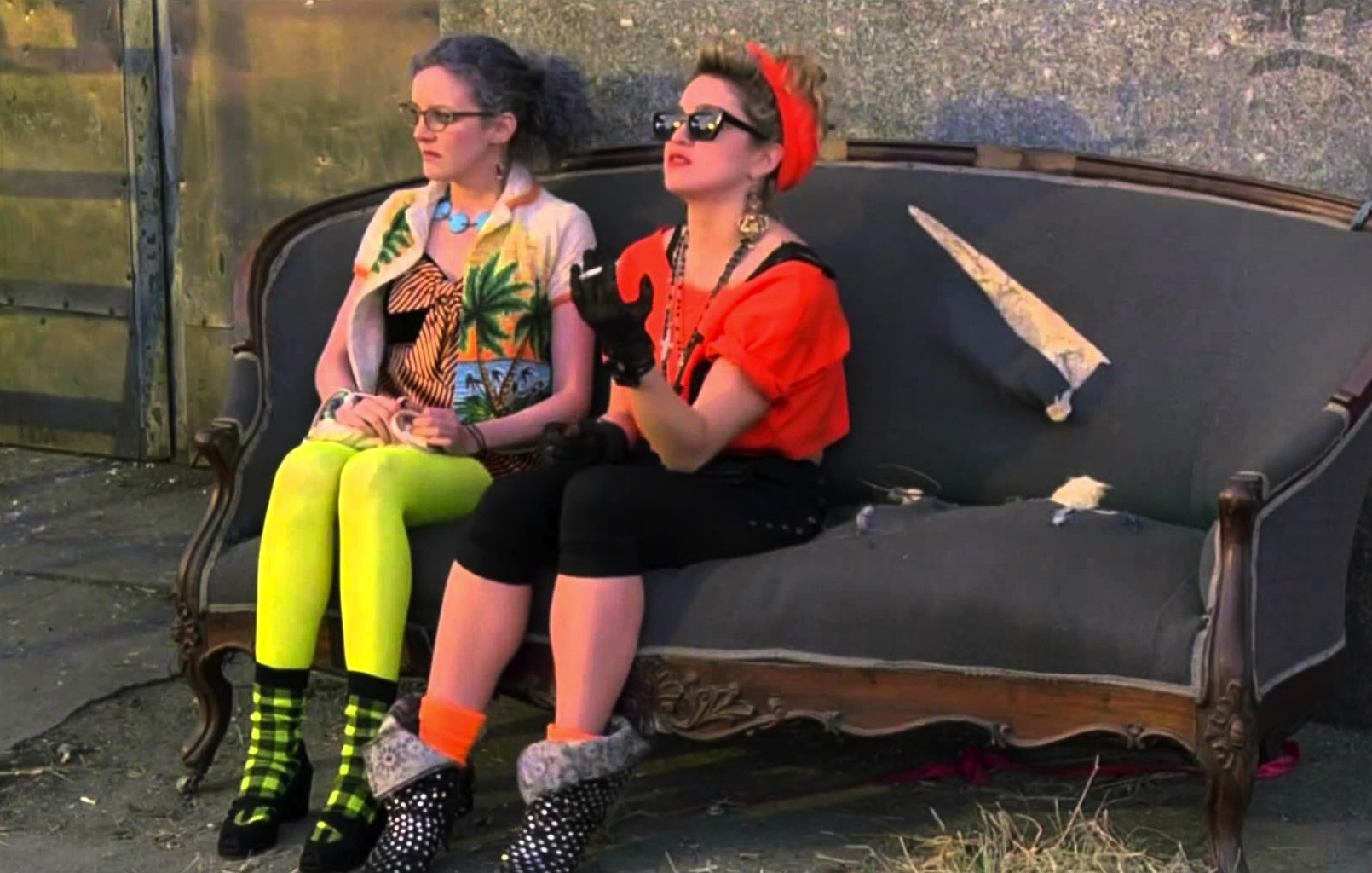 Susan Seidelman’s Desperately Seeking Susan (1985) blew my nine year-old mind, coincidentally arriving at the time when Madonna was just beginning to blow my mind. I had never seen anything like the film or Madonna, the New York they presented, or the characters they created. I was immediately smitten. They formed my idea of what New York was and what a personality could do. I danced to their music, I wanted their clothes, I wanted to BE THERE.

As a young girl, I may have been the ideal market for the pop charms on the surface of this film and for Madonna, but since I’ve grown up, I’ve grown to appreciate the nuances of what artists are able to create, and appreciate what the artists behind the scenes of this film conceived to enthrall and captivate me. I hope you’ll give this film a first or second look. Start with a portrait of New York that will never be again, a Madonna before we knew she was Madonna, and keep coming back for an assured visual style, the music, the bazillion cameos, and Roberta’s arc in this modern screwball adventure.

I wasn’t aware at the time that women weren’t making films, headlining films, producing films, writing films, or managing their own careers as much as their male counterparts, so I didn’t conceive of two of the central achievements of the film–that it got made and that it succeeded. Like so many of the films we cover which have made such an impression, it arrived at just the right time for this girl.

What you’ll find in this episode: a slight explanation that doesn’t begin to cover the extent of Cole’s hatred for Aidan Quinn, Cole debunks some myths, Ericca learns what Into the Groove is really about, and Ericca gets starry-eyed every time she talks about Madonna.

Links and Recommendations:
Check out Desperately Seeking Susan on IMDB.
Ericca’s further viewing pick of Evita.
Cole’s further viewing pick of Dangerous Game.
Ephemeral New York is a wonderful site full of great tidbits, and here are a couple: Club posters from the ’80s, and what you may have paid for rent downtown in 1983 (and read the comments).
If you’re looking for a really excellent dance track playlist (of which we covered way too few), start with Rock With You, More Bounce to the Ounce, Word Up…and I have to stop there or I will go on all day.