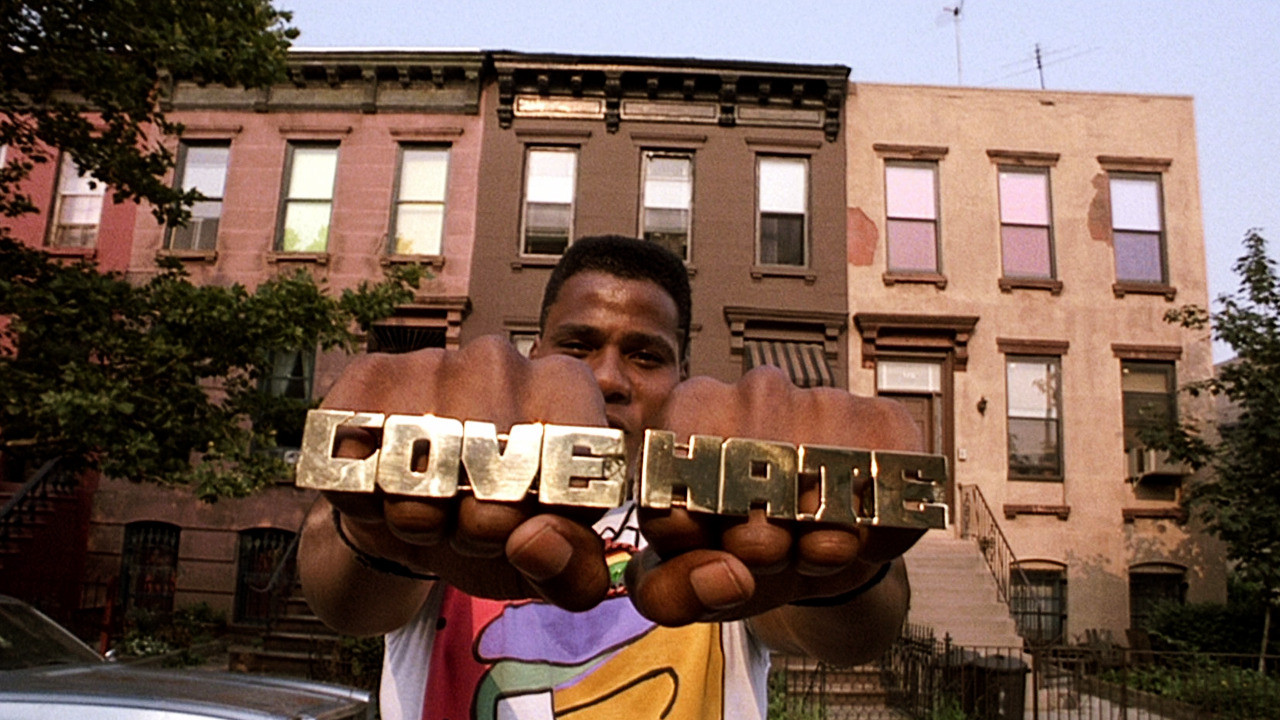 Spike Lee’s Do the Right Thing (1989) is an all time great. It bursts with life and joy while simultaneously chronicling one of the things that is worst about life in America: our racial discord. It’s a hard movie to watch in places, and those are the places we most need to be watching. Growing up in small town Oklahoma in the ’70s, I wasn’t exposed to a very diverse group of people. That’s no one’s fault, exactly, but it left me hungry to learn more about the world beyond the Wichita Mountains. My primary outlets for those curiosities were literature and film and they provided me with an invaluable window into worlds that I didn’t inhabit. Few of those worlds affected me as mightily as Spike’s heat-blasted depiction of Bedford-Stuyvesant. I found much to relate to in the playlists of We Love Radio, the power of Radio Raheem’s boombox, and the nonstop razzing of ML, Coconut Sid, And Sweet Dick Willie. I found I had much to learn about representation, the deep divide that exists between people living side by side, and how a community is often not safe from those sworn to protect them. It was one of the most valuable cinematic experiences of my life and continues to resonate in ways that leave me alternately delighted and dismayed. Whether this is your first or fifteenth time watching it, I hope it yields as much for you, and that’s the double truth, Ruth!

What you’ll find in this episode: reminiscences of Brothers and Sisters Records and Tapes, a brief history of the Bedford-Stuyvesant neighborhood, the founding of the Richard Edson Appreciation Society, and the profound effect this film has had on us for almost three decades now.