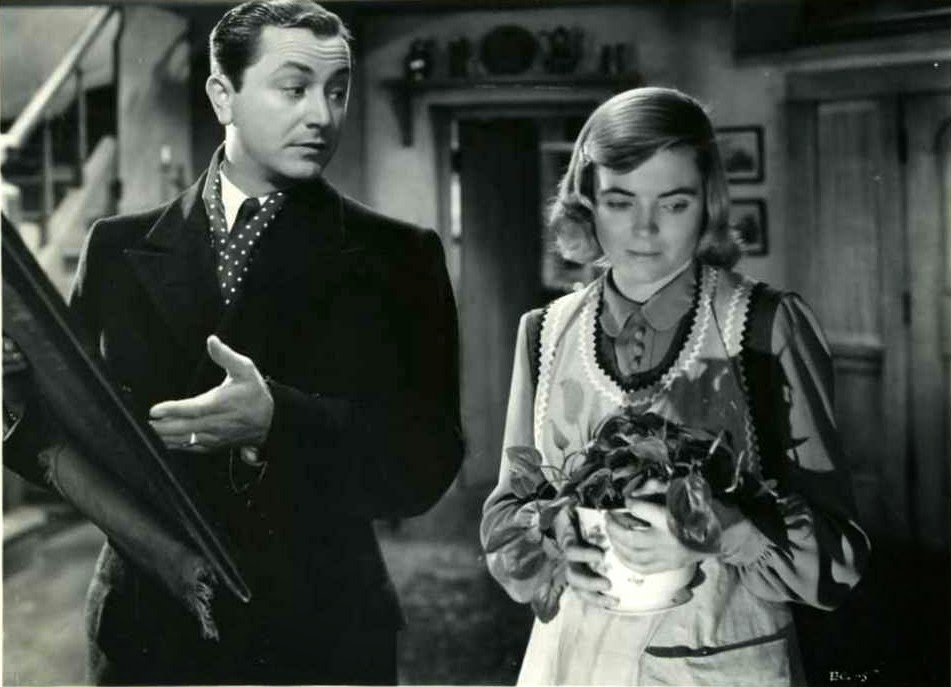 I first saw The Enchanted Cottage (1945) very late at night, alone. I was entranced by the very singular tone and the quiet romance, and while the film stayed with me, it hasn’t necessarily been constantly on my mind. Since our episode on Desperately Seeking Susan (Seidelman, 1985), I’ve been thinking a lot about identity, and have been a bit stuck in the vision I have of myself as morphing slowly into Shirley Booth (or any sack of potatoes you can name). And that’s why The Enchanted Cottage seemed like the film I had to choose next. It would give us the chance to talk about these ideas of identity, since homeliness and disfigurement are central themes, plus I think it’s a gem that not enough people have seen.

And then Cole asked a question during recording that has been on my mind ever since. To paraphrase him, how do you get a new audience, especially a younger one, interested in something very old-fashioned like this film? We discussed this in some detail, but as often happens, I had more ideas after we finished recording. I mentioned discovering an actor or genre you like, and then connecting those dots to see where they lead. I would also put story in that rundown. This is, in part, why we do recommendations in each episode; so that if you find you really like something but don’t know where to go next, maybe our suggestions help you find your new favorite thing. It’s that sense of connection, of curation, that inspires a lot of what we do. For example, I’ve never been a huge seeker of animation. It’s not because I don’t like it, but because I tend to not think about it. I’m the sort of person who really connects with an actor and a performance at a human level. But it’s my friends who have all led me to my favorite exceptions to this self-imposed rule, and led me to discover some absolute favorite films. So, this is my plea to give all art a try in order to find what really speaks to you. If you haven’t yet seen The Enchanted Cottage, or know someone who hasn’t, check it out! And then follow our recommendation rabbit hole for more ideas!

What you’ll find in this episode: Cole’s universal attractiveness, which themes may have resonated with a World War 1 or 2 audience, whether the message is about hiding all homely people away in sheds, and how the particular experiences of Robert Young and Herbert Marshall seemed to make their characters come alive.

Links and Recommendations:
Check out The Enchanted Cottage on IMDB.
Ericca’s further viewing pick of Portrait of Jennie.
Cole’s further viewing pick of The Best Years of Our Lives.
More on why certain injuries weren’t talked about in “The Rhetoric of Disfigurement in First World War Britain”.
From Australia, “Broken gargoyles: the disfigured soldiers of the first world war”.
And a very special thanks to the folks who came out to my Murder, She Wrote night with Austin Film Society!

One thought on “Episode 044 – The Enchanted Cottage”