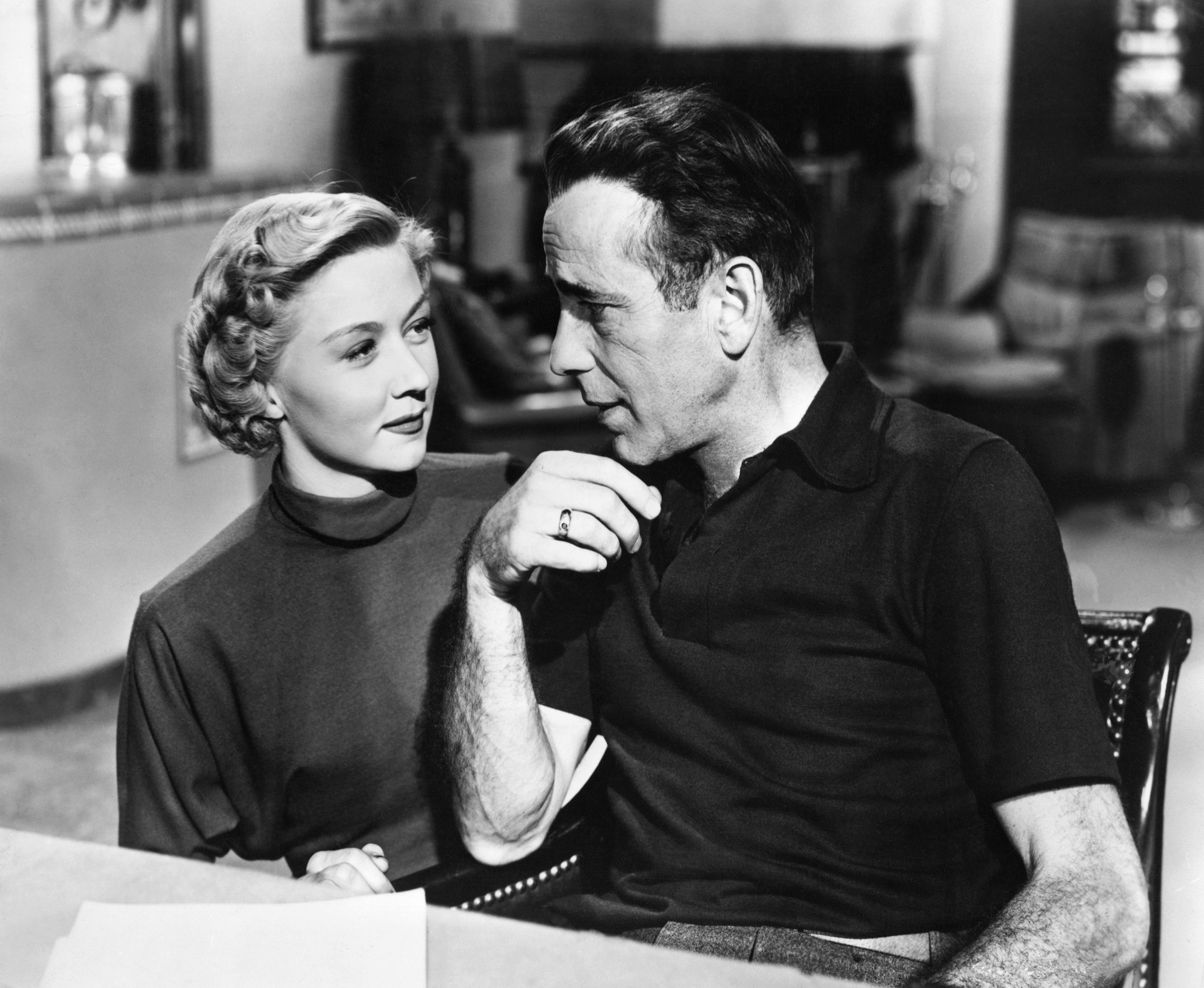 In preparing to watch In a Lonely Place (Ray, 1950) for this episode, I read the source novel by Dorothy B. Hughes, though source is a misnomer as this film adaptation kept only the main characters and modified the plot. The novel is absolutely stellar, and I highly recommend it. Hughes created characters you want to follow and are terrified to understand. Through this process, I gained an even greater appreciation for the film I already loved. Nicholas Ray, in revising the material of screenwriter Andrew Solt, managed to make a completely different and still utterly terrifying main character in Dixon Steele. Though Ray seemed to argue against the point in later years, he brought to bear the very lonely place he and his soon-to-be-ex-wife Gloria Grahame were inhabiting and put it on screen in many ways. At various points he explored, vilified, whitewashed, and told the truth through his interpretations of Dix and Laurel. We can only watch, agonized, as two people fall in love but the love doesn’t make them better, doesn’t save them, as they remain victims of their own natures and bring out the worst in each other. Though he ultimately decided against an ending of fatal violence, it’s no less searing a journey, and the emotional body count is still devastating. Though I paint a very grim picture, I hope you’ll watch this film for the first or fortieth time to see the best of Humphrey Bogart, Gloria Grahame, and Nicholas Ray.

What you’ll find in this episode: an examination of Bogart’s appeal, more details about motivations of the characters in the book, and a nickel tour of “little three” studio, Columbia.