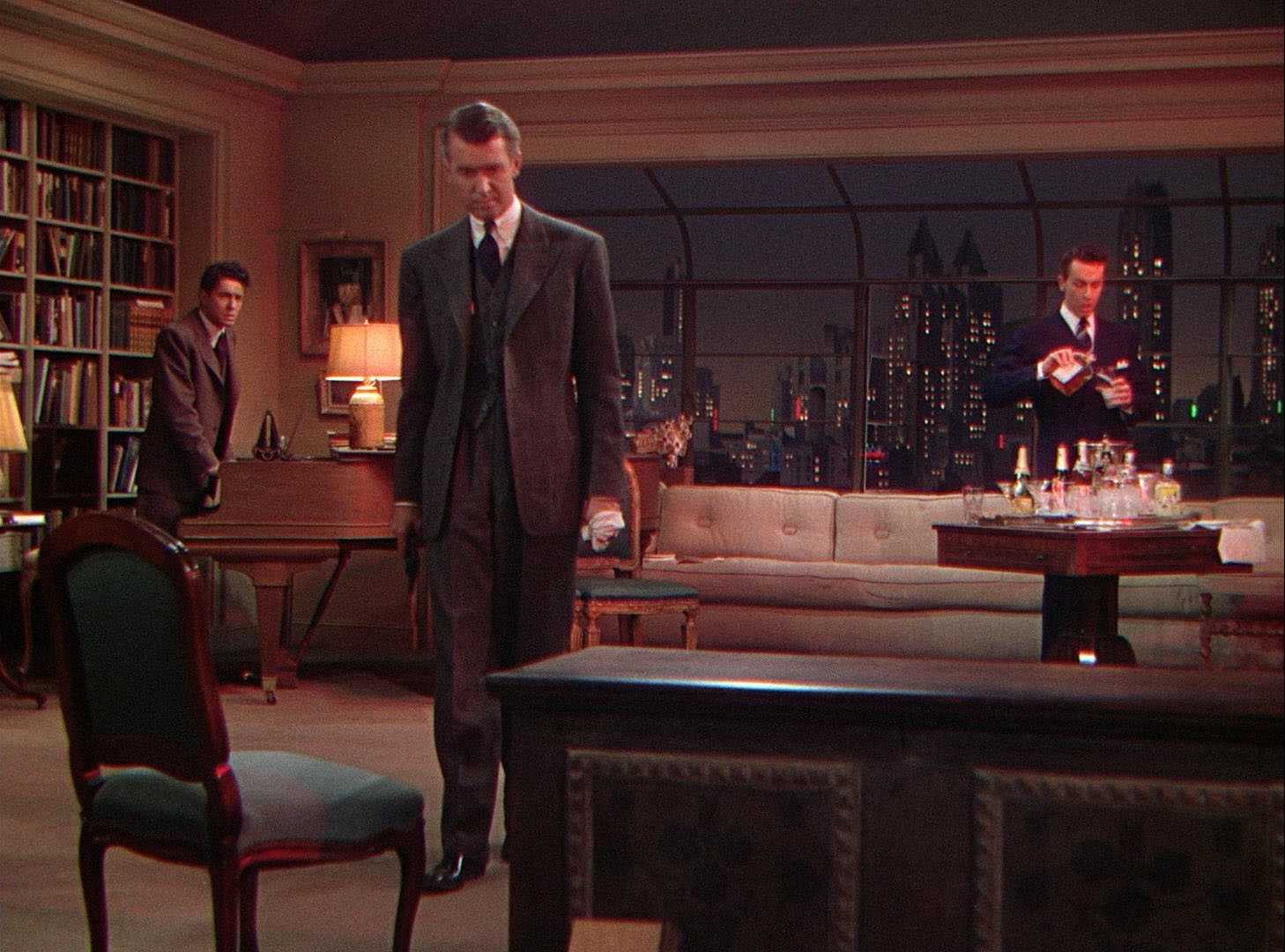 Rope (1948) is Alfred Hitchcock’s almost perfect crime. Based loosely upon the real life case of Leopold and Loeb, it was Hitchcock at his most experimental, plumbing the chilly depths of the murderous impulse. It featured limited cuts and long, unbroken takes to approximate the appearance of the real time aftermath of homicide as intellectual exercise. James Stewart plays wonderfully against type as the mentor of the murderers and John Dall and Farley Granger are a perfect yin and yang as the killer lovers. I came to this film after having gone through the more well known titles in Hitchcock’s filmography and immediately fell in love with it. I was intrigued by the true crime element of it at first, but then was completely taken in by the style of it, the intellectual jousting and the manipulations, subtle and otherwise, that I would later come to understand were Hitchcock’s stock-in-trade. It was the first time I had a specific experience that it turns out that I really enjoy: finding the odd, smaller, more personal films in a prominent dierctor’s body of work. I was just entering my teens when I discovered this and that idea, and understanding that there were these gems to uncover was like I had unlocked a new level of cinephilia. I know sometimes this is a difficult one for people to get into – it can appear a little clinical, the ramifications of the killers’ sexual orientation can be problematic, some say Stewart was miscast (I disagree) – but I urge you give it a try. As Brandon says to Rupert at the climax of the film, I hope you like what you see!

What you’ll find in this episode: the significance of musical accompaniment to murder, a macabre trip to the antique mall, yet another trial of the century, and the thorny issues that arise when sexuality is conflated with deviant desires.