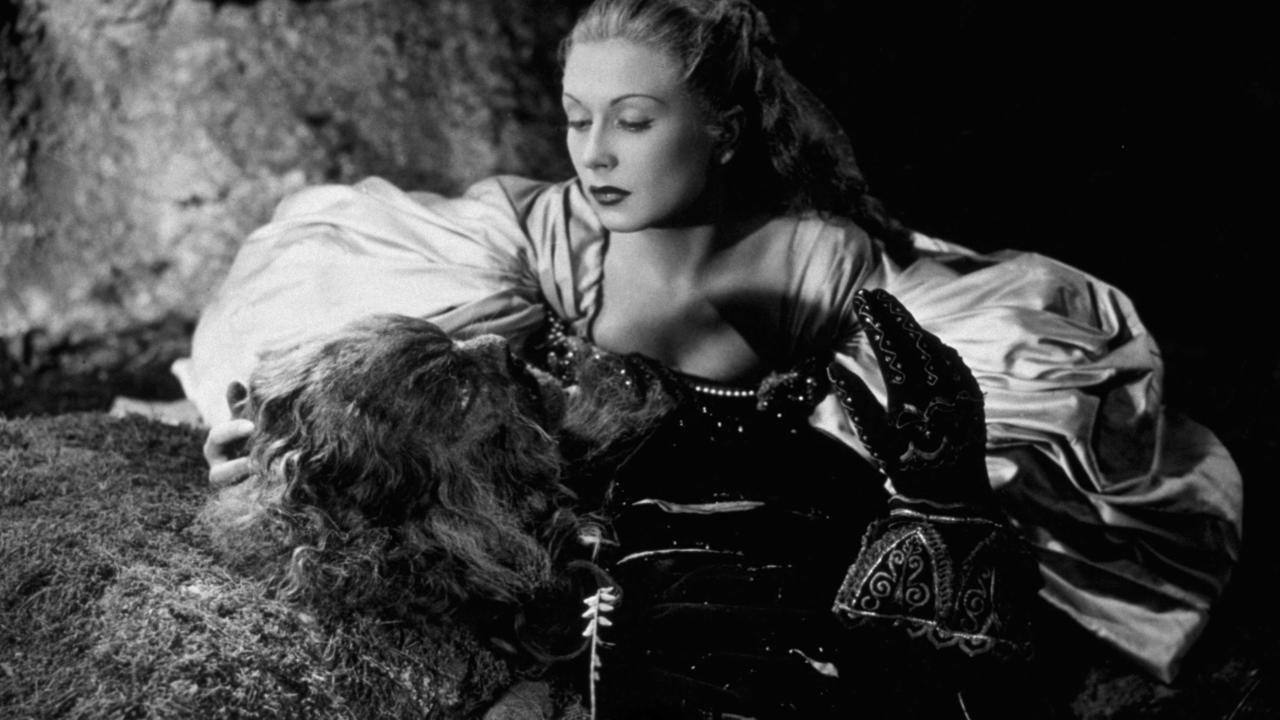 With circumstances completely against it, but with the brightest imaginations around set alight by a poet and artist, Jean Cocteau’s Beauty and the Beast or La Belle et la Bête (1946) is one of the most indelible creations ever committed to film.

My connection to Jean Cocteau, like so many connections we discuss in this podcast, began in ways I didn’t fully understand and didn’t know where they would lead to. The connections began with a Cocteau print I found years ago which hung on my wall forever, “Adam and Eve” (c. 1959), and my obsession with all things French. Who was this person I had heard about, who sounded unlike anyone else? Oddly, it was the work of other key collaborators in this film that I came to first, like Henri Alekan and René Clément. But it was Robert Osborne telling me about Greta Garbo’s reaction to the finale that finally got me to the film itself.

“My method,” Cocteau wrote in the beginning of the film’s journal, “is simple: not to aim at poetry. That must come of its own accord. The mere whispered mention of its name frightens it away.”

How must this film have felt to a battle-scarred France? How did viewers interpret its messages? How did they view its lushness in stark contrast to their own recent harsh deprivations? Did they see the ending as an escape, or a different prison for a beauty who may not know herself, for a beauty in thrall to a monster who does.

What you’ll find in this episode: how the relationship between Marais and Cocteau may have informed the film, whether the sumptuous style undercuts the message, and whether Belle has any agency.

Links and Recommendations:
Check out Beauty and the Beast on IMDB.
Ericca’s further viewing pick of The Red Shoes.
Cole’s further viewing pick of A Midsummer Night’s Dream.
Gustave Dore and Johannes Vermeer, two of the artistic inspirations for the production design.
Beauty and the Beast, Madame de Villeneuve’s version of the fairy tale.
Adam and Eve by Jean Cocteau.

One thought on “Episode 073 – Beauty and the Beast”