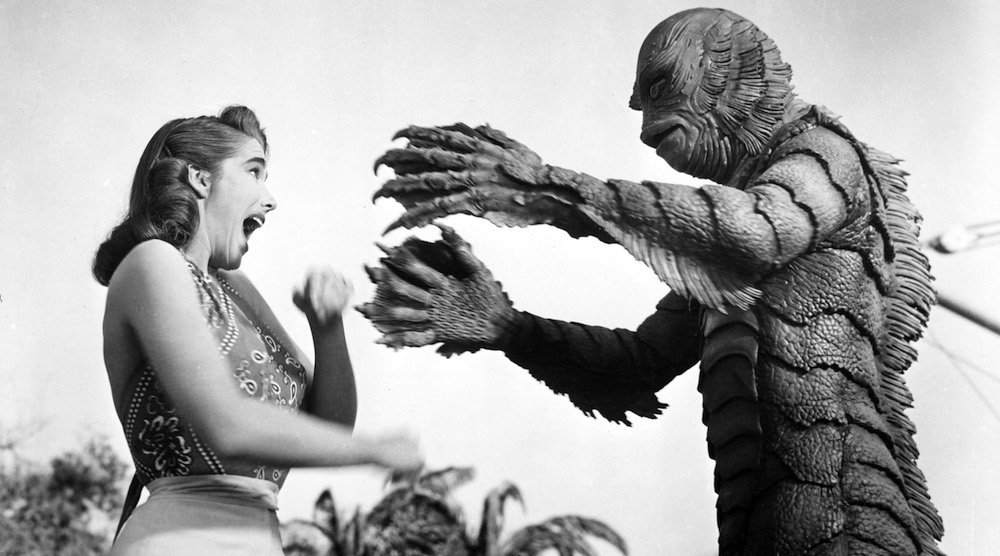 When the Creature from the Black Lagoon crawled from the sea onto cinema screens in 1954, Universal Studios found its last great monster. When I discovered it in 1976, I found my first great cinematic love. The Universal monster pantheon turned out to be one of the foundations of my movie education. I loved the spooky atmosphere and the tortured, misunderstood creatures that populated that universe. And my first viewing was an event, as my folks had gone out of their way to procure a set of 3-D glasses for me for the occasion. The man who would turn out to be my favorite horror host – Count Gregore, one of the best in the business – was overseeing a broadcast of the original 3-D version on local television. It was almost more than my six year-old brain could take! It made an indelible impression on me that I still feel the echoes of today. It instilled in me a lifelong fondness for monsters and kicked off my cinephilia in grand style. It’s still an annual tradition for me to watch all of the foundation Universal monster films at least once a year and with this year’s Best Picture, the lovely The Shape of Water (del Toro, 2017), freshly on everyone’s mind, I thought it would be a perfect time to pay homage to the film that inspired it and me, so many years ago.

What you’ll find in this episode: my greatest joke in the history of the podcast so far, a breakdown of the Universal monster pantheon, why it’s not called Creature from the Woke Lagoon, and the relatability of monsters.

Links and Recommendations:
Check out Creature from the Black Lagoon on IMDB.
Ericca’s further viewing pick of Gorilla at Large.
Cole’s further viewing pick of The Monster of Piedras Blancas.
A nice reminiscence about Count Gregore.
Monsters Love Carrying Chicks.
A history of the Universal monster Aurora models.
A treasure trove of promotional and other materials from Creature from the Black Lagoon.

One thought on “Episode 072 – Creature from the Black Lagoon”