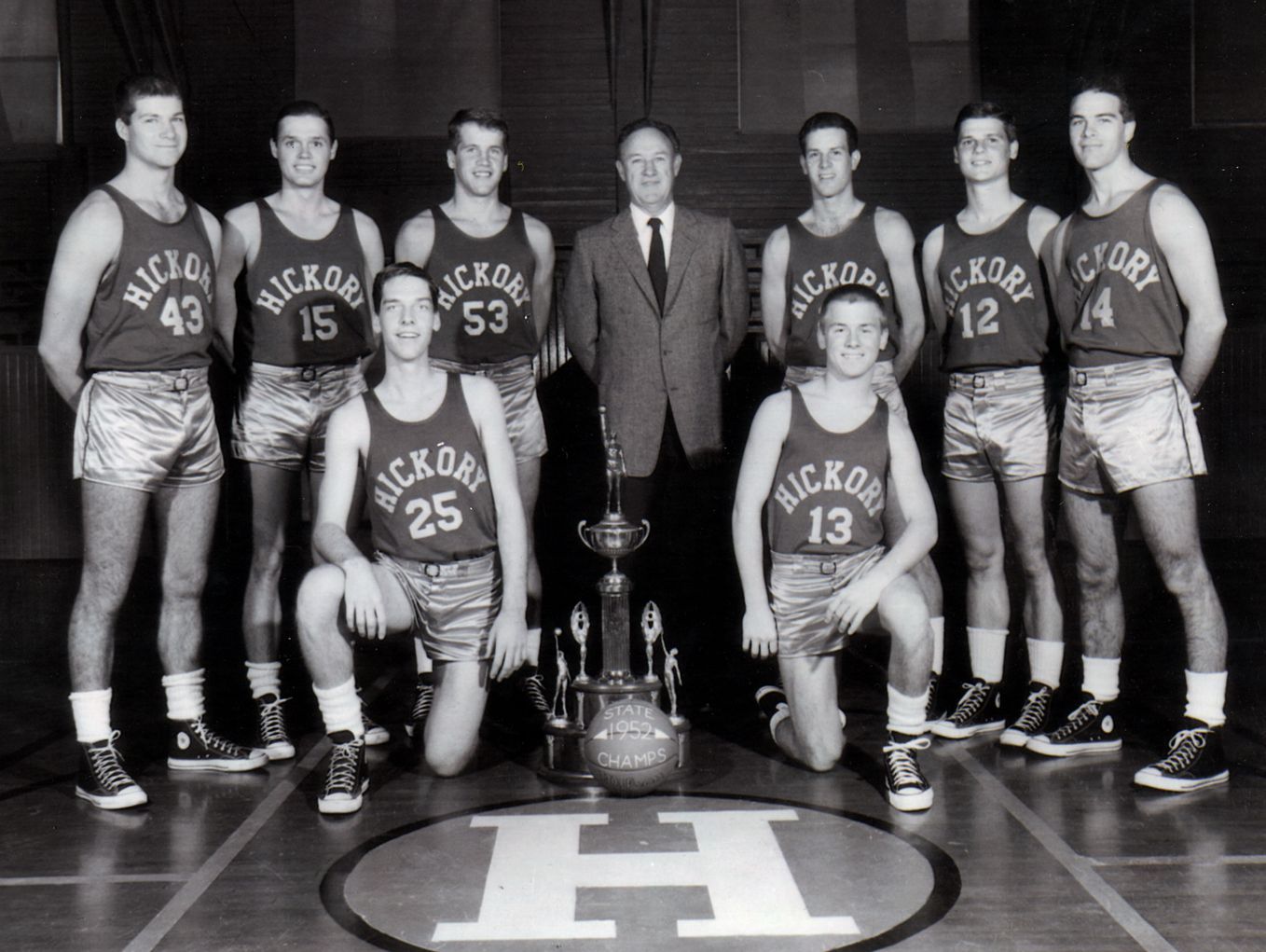 A first among equals as a sports film, Hoosiers (Anspaugh, 1986) is an ideal choice for this time of year: March Madness and the coming of spring and fresh starts. With a lead and supporting cast of characters each battling their own frailties, potential, and failings, there’s no need for a big bad guy. Be it an institution, a local villain, or the whole world against them, it is enough in this film to battle week after week to keep winning those important games, because what is on the line for each is often nothing short of a reason to go on. This is nothing new to the sports film genre, but director Anspaugh and writer Angelo Pizzo are smart enough to focus on the heart and soul behind each point, behind each new battle both at home and on the court. And they are smart enough to know, as Roger Ebert put it, that there “is a passion to high school sports that transcends anything that comes afterward; nothing in pro sports equals the intensity of a really important high school basketball game.”

So while many of us may not understand the true stakes of that really important game, we can feel it from the young players for whom this may be the high point of their lives, the coach with no place else to go, the teacher forced to return home because things don’t always turn out right, and the father whose high point has come and gone.

What you’ll find in this episode: Cole’s illustrious basketball career, Ericca’s one-man horse game, and what in a sports film appeals to a non-sports fan.