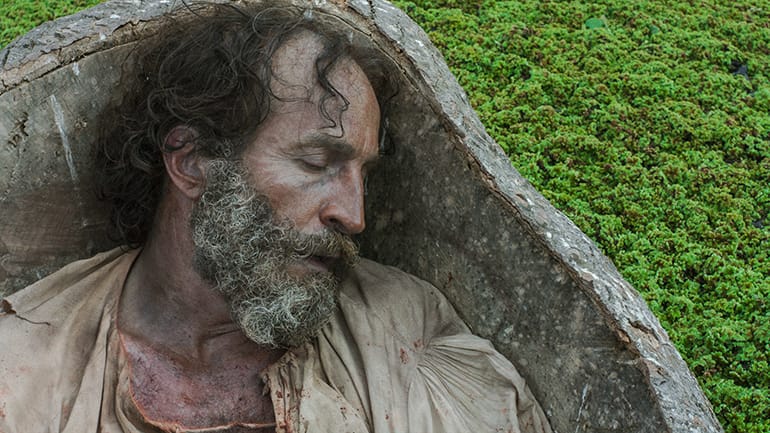 This episode celebrates the return of one of my favorite filmmakers, Lucrecia Martel. It’s been ten years since her last feature film and two years since we last discussed one of her films on the show. With the arrival of her new film, Zama (2017), the wait is over and the result is more than worth it. All of Martel’s usual preoccupations – class divisions, physical, spiritual and emotional decay, inertia – are present and as well-considered as ever, but this also feels like something new. It feels almost like an evolutionary step, like going from Academy ratio to Cinerama. Moving beyond her normal domestic framework, these themes take on a new depth and breadth when viewed against the backdrop of history, colonialism, and politics. I hesitate to use the word dense to describe it, because I don’t want the negative connotations of the word to discourage people from seeing it, but there is so much in every scene to consider. Perhaps rich is more appropriate. Quiet, still conversations in sweltering rooms have repercussions that echo over decades. Surreal details that you can only catch out of the corner of your eye gnaw gently but constantly at your understanding of how the world operates. Stultifying bureaucracy is embroidered with darkly comic absurdities. I can’t recommend it highly enough and I can’t wait to re-watch it.

What you’ll find in this episode: the never ending cycle of resentment between conquered and conquerer, the hypnotic pull of the Shepard Tone, rumors, ghosts, cholera, and fighting while naked.

Links and Recommendations:
Check out Zama on IMDB.
Ericca’s further viewing pick of They Shoot Horses, Don’t They?.
Cole’s further viewing pick of Aguirre, the Wrath of God.
The New Yorker reviews Antonio Di Benedetto’s source novel.
A brief history of the colonial period of Paraguay.
A short roster of outlaws whose exploits bordered on the mythic.