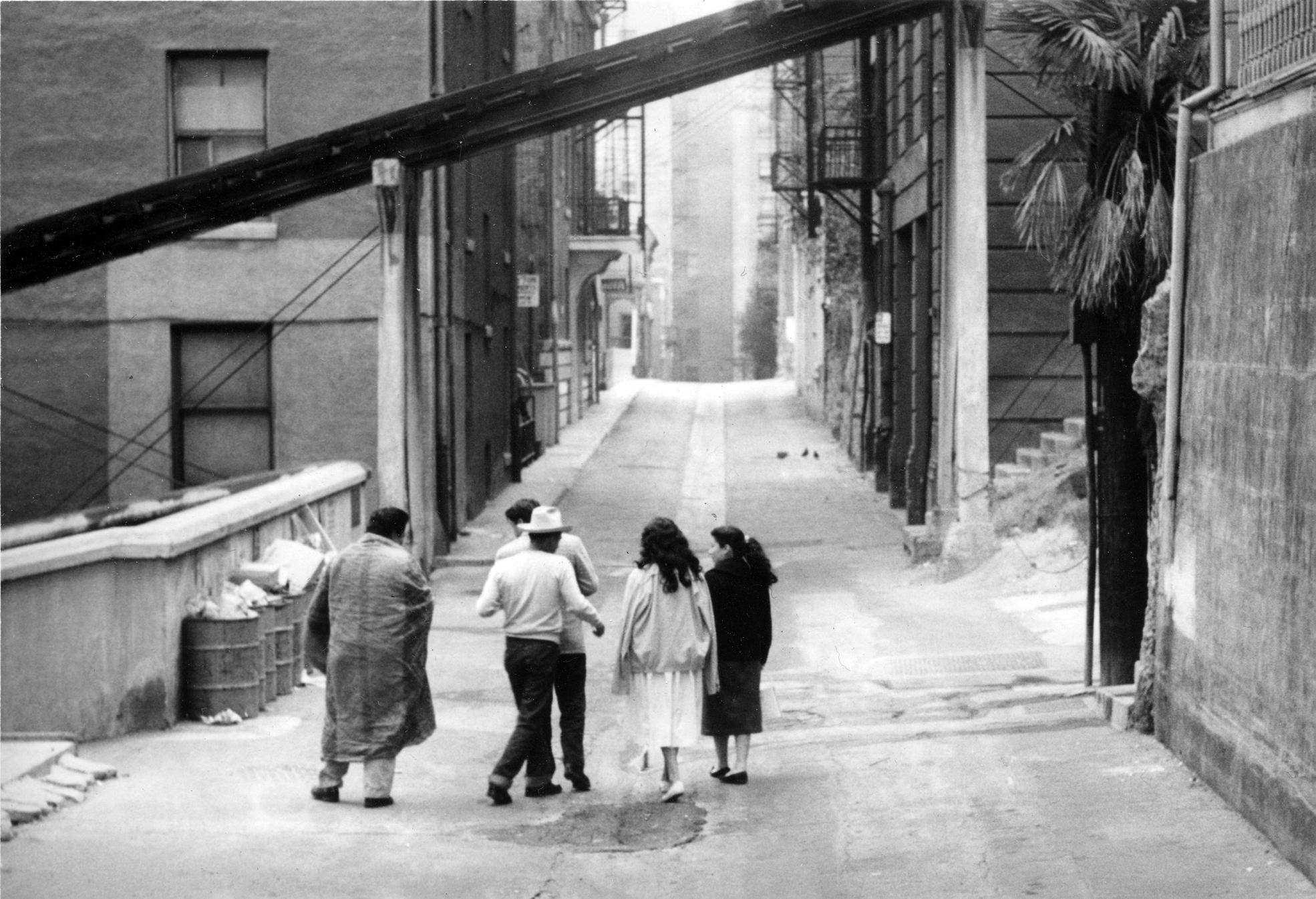 Kent Mackenzie’s The Exiles (1961) was one of the first films to portray Native Americans as actual flesh and blood human beings with dreams, hopes, and flaws. For decades, Hollywood had perpetuated an array of stereotypes–the stoic noble savage, the princess and the squaw, and the bloodthirsty warrior among them–but Mackenzie dedicated himself to the idea that an accurate portrayal was a valuable idea, long overdue. He worked in collaboration with a group of young Natives living in the Bunker Hill section of Los Angeles and together they fashioned The Exiles out of the fabric of their everyday lives. Growing up in the 1970s, I was part of a generation that was experiencing revisionist Westerns and Native actors finally beginning to play Native parts, as opposed to the Italian, Jewish and Latino actors that had played those roles previously. As a young member of the Comanche Tribe living in southwest Oklahoma, I had often wondered why I seldom saw actual Natives in the movies and on television. They were plentiful, I thought. After all, they were my friends, neighbors, and family. Wasn’t that how it was everywhere? Sadly, I found out that it wasn’t. Native representation was sorely lacking and as I grew older and learned more about cinema’s less than stellar track record when it came to showcasing Native Americans, the more disappointing it got. Needless to say, discovering Mackenzie’s film was a great thrill. It was heartening to know that someone, somewhere along the line had felt it important enough to tell a true story of Native experience, even if it had slipped through the cracks in the intervening decades. It exists now in a beautiful restoration and has survived obscurity and an indifferent cultural landscape to remind us that truth and representation is vital. There is still a long way to go, but start here.

What you’ll find in this episode: reminiscences of growing up on tribal land, a brief history of the termination and assimilation policies regarding Native Americans, 49 etiquette lessons, and thought experiments with Geronimo.