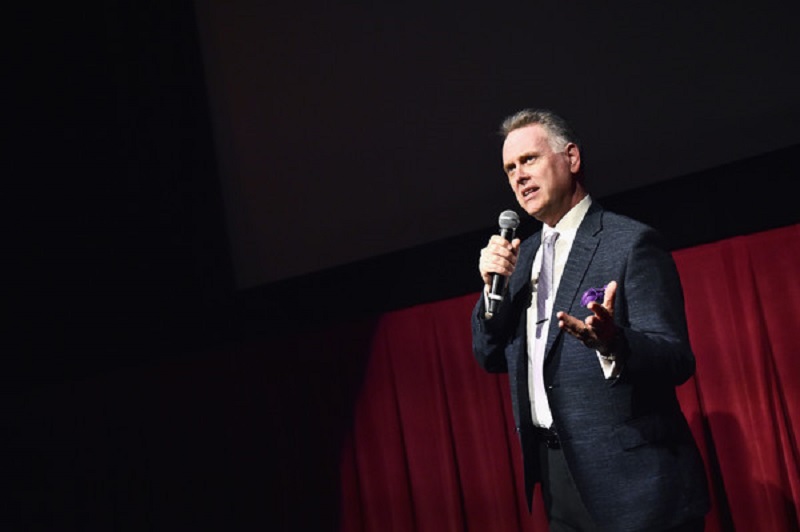 In this special episode, we had the distinct honor to sit down with the Czar of Noir himself, Eddie Muller. Eddie is the founder and president of the Film Noir Foundation, as well as an award-winning author of fiction and nonfiction, creator and programmer of the Noir City film festival, raconteur, and passionate film lover. As the leading exponent of noir in America, he can now also be seen hosting the new series Noir Alley on TCM.

This is the first of two episodes devoted to the Noir City Austin 2017 Film Festival and its theme of The Big Knockover: Heists, Holdups, and Schemes Gone Awry. The festival showcased ten caper films in the noir canon, including some big milestones and some lesser-known titles, all brought to us by the Film Noir Foundation. Eddie introduces each film, as well as sharing stories and chatting with filmgoers throughout the day.

He was kind enough to take some time during the festival to talk with us about this year’s theme and origin, his programming philosophy, why he loves introducing new audiences to noir, why noir transcends boundaries, and so much more. We want to say a sincere thank you to Eddie, as well as to Daryl Sparks and Anne Hockens at the Film Noir Foundation for making the interview possible.

We hope you’ll enjoy spending time with Eddie as much as we did, and please check out the links below to learn more about the work of the foundation, the new TCM series, and where the festival will go from here. We hope to see you at next year’s festival when it makes its stop in Austin!

What you’ll find in this episode: why your grandparents were probably much more wicked than you ever imagined, how to inspire new and young audiences to check out noir, and why Eddie won’t watch Man on a Tightrope…yet.