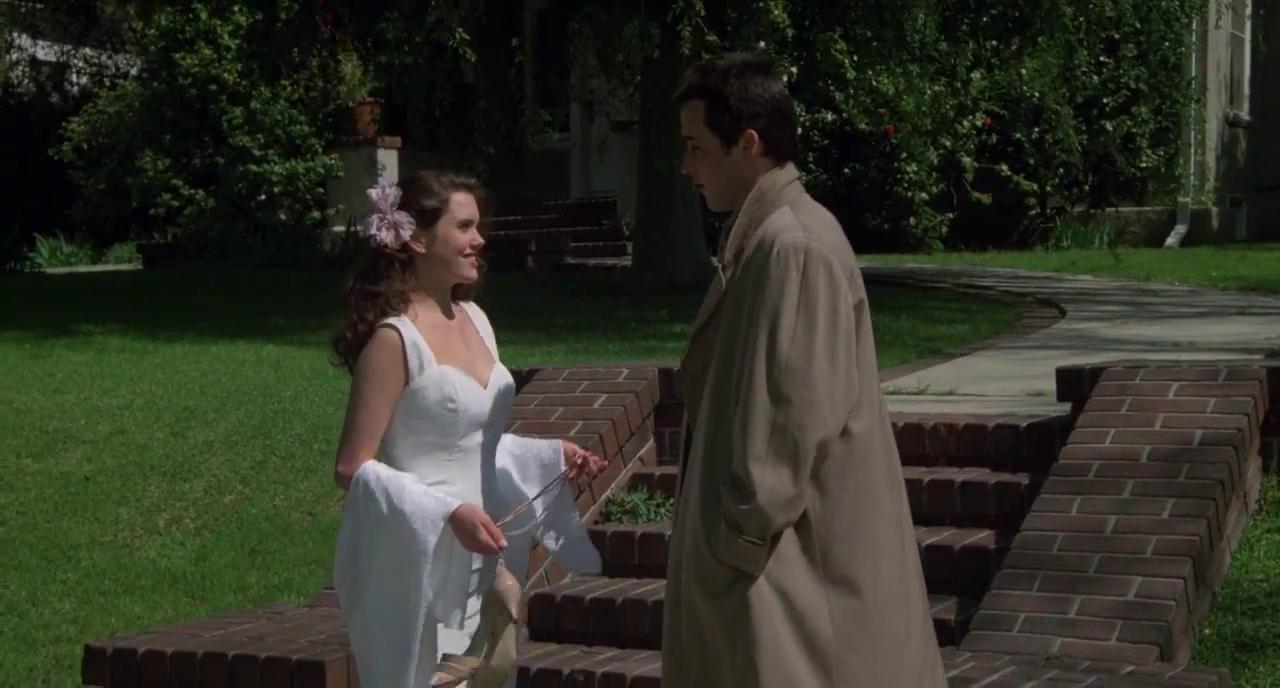 I was a young person then. I felt the pulls of longing and desire and hope and excitement and anticipation and awkwardness and embarrassment keenly. It was wonderful to know that at least somewhere in the world existed people who weren’t too hip for their years, who weren’t glib charm monsters, who weren’t afraid to dare to be great, even if it meant failure. Because as surely as I understood other movies might reflect other voices I didn’t recognize and didn’t want to emulate, I knew this film came from people who felt deeply and genuinely, as I did, about everything and anything. I knew it was different, as I was different. I just didn’t know how rare that was.

I watched Say Anything… several times over the next few years. Maybe that explains the following anecdote:

When I was about seventeen, I had my license and I had a car. And I had a friend who agreed it was a great idea to drive past the houses of boys we liked blaring music as we went by in hopes we would get noticed. The song of choice was often Bonnie Raitt’s “Something to Talk About.”

What you’ll find in this episode: a lot of sharing (or over sharing, depending how you feel about it) about our intimate history, whether you identify with Lloyd or Diane, why Lloyd is Cameron Crowe’s avatar, and how old Jeremy Piven was when this was made.

P.S. We’ve hit a milestone of sorts with the fiftieth episode of this podcast! We thank all of you for listening, and as always, we hope you’ll seek out this, and all the movies we talk about, and give them a first or another view.