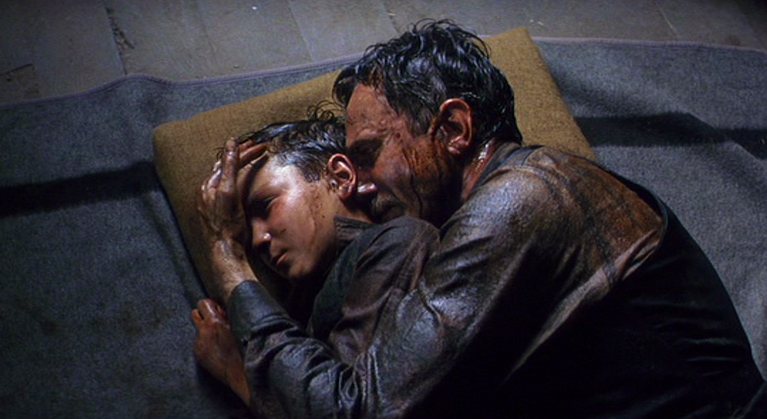 Paul Thomas Anderson’s There Will Be Blood (2007) came to me at a difficult time in my life, and I find myself returning to it during difficult times as well. This might seem odd, because it’s not what you might think of as a comforting film. In fact, I reckon that it has shown me terrible truths about myself, for I identify strongly with the character of Daniel Plainview, for good or ill. I also think of it as inextricably linked with No Country for Old Men (2007). If my personal mythology were a silver dollar, these two films would be heads and tails, one side for my father, the other side for me. The idea of flawed men in self-imposed isolation is something that, at different times in our lives, has run parallel to our own circumstances. Perhaps I return to these films repeatedly because they assure me that I have a place, however perilous, in the larger American landscape. It’s a seductive idea, and Anderson’s film cast a spell on me from the opening buzz of that hornet’s nest of a score. It’s an epic and powerful story, an Old Testament kind of story, and if you ever come over and I have had it on a loop for the last two weeks, you know that I am in a bad way.

One thought on “Episode 057 – There Will Be Blood”